The story of afternoon tea in London 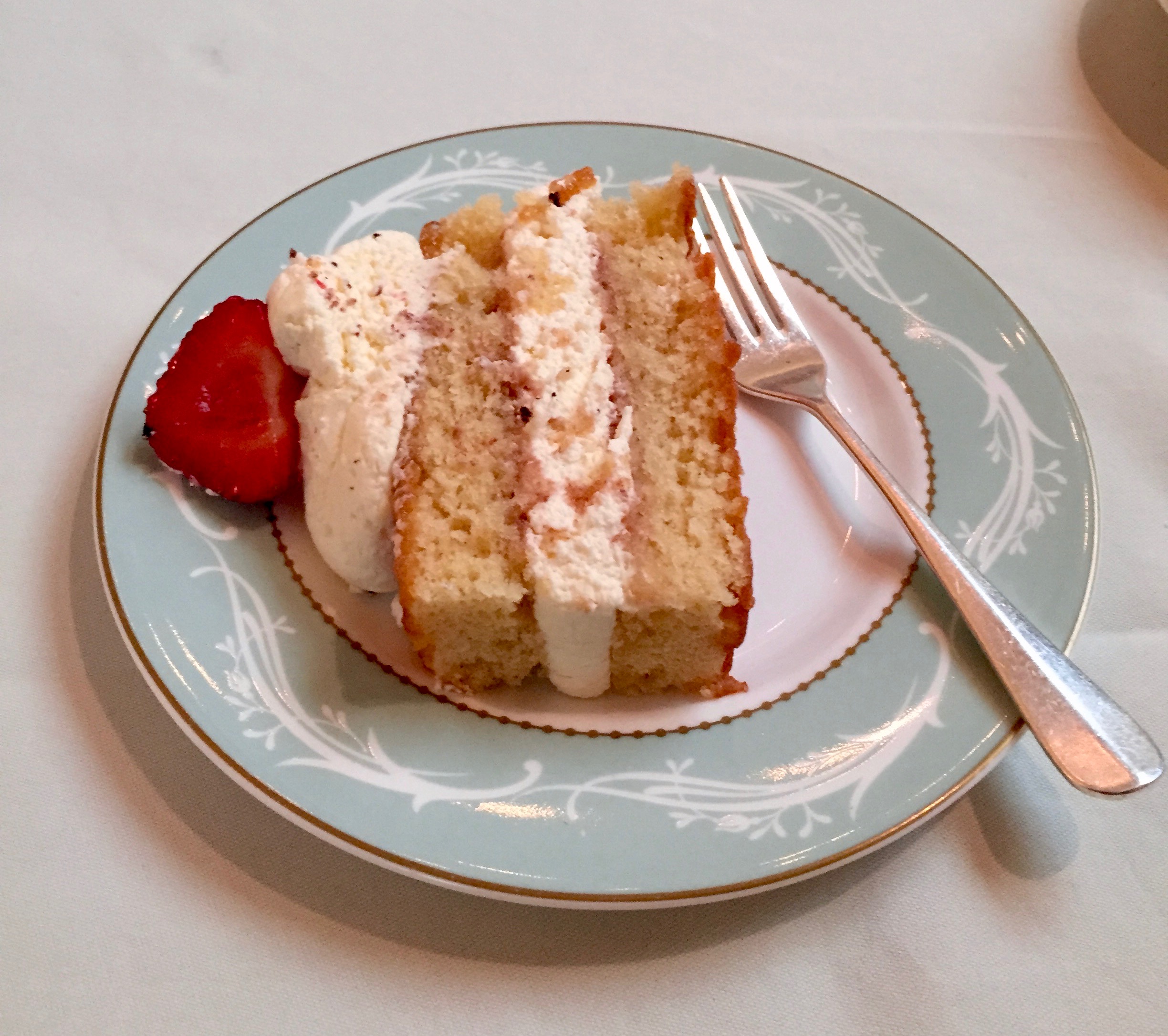 Tea drinking is regarded as a British thing. Italians don’t touch it and the French only drink it if they are feeling unwell. Neither country knows how to serve it – a mug of hot water with a teabag on the side just doesn’t cut it. Only the Irish and Turkish drink more tea.

So, when did tea come to London?

Tea was originally for the rich. When it first arrived in London from China in the 17th century, it was expensive. You can still find small wooden antique tea chests with a lock and key to store the precious contents. By the 19th century, cheaper tea from the colonies of India and Ceylon (Sri Lanka) meant everyone could drink it. 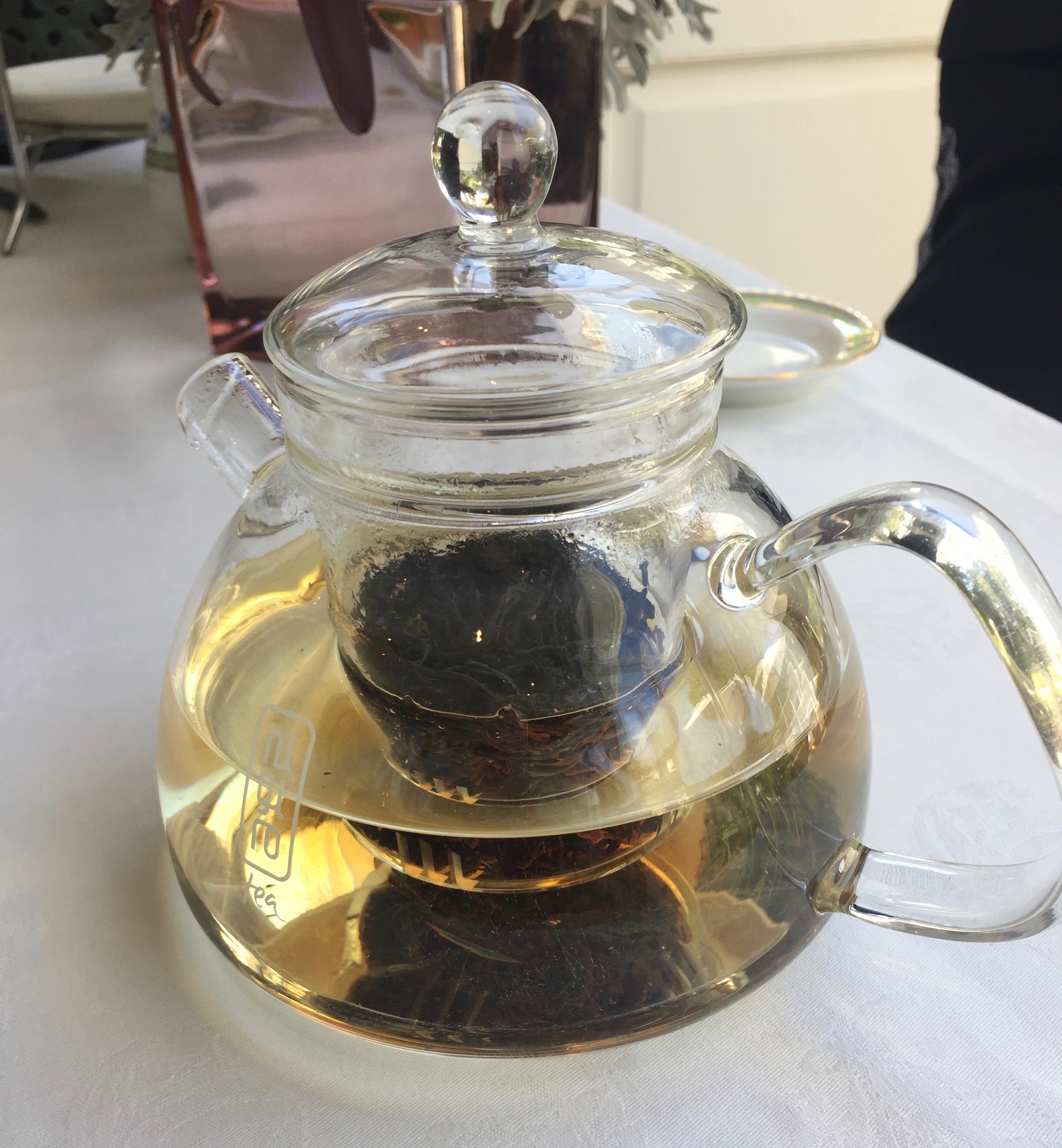 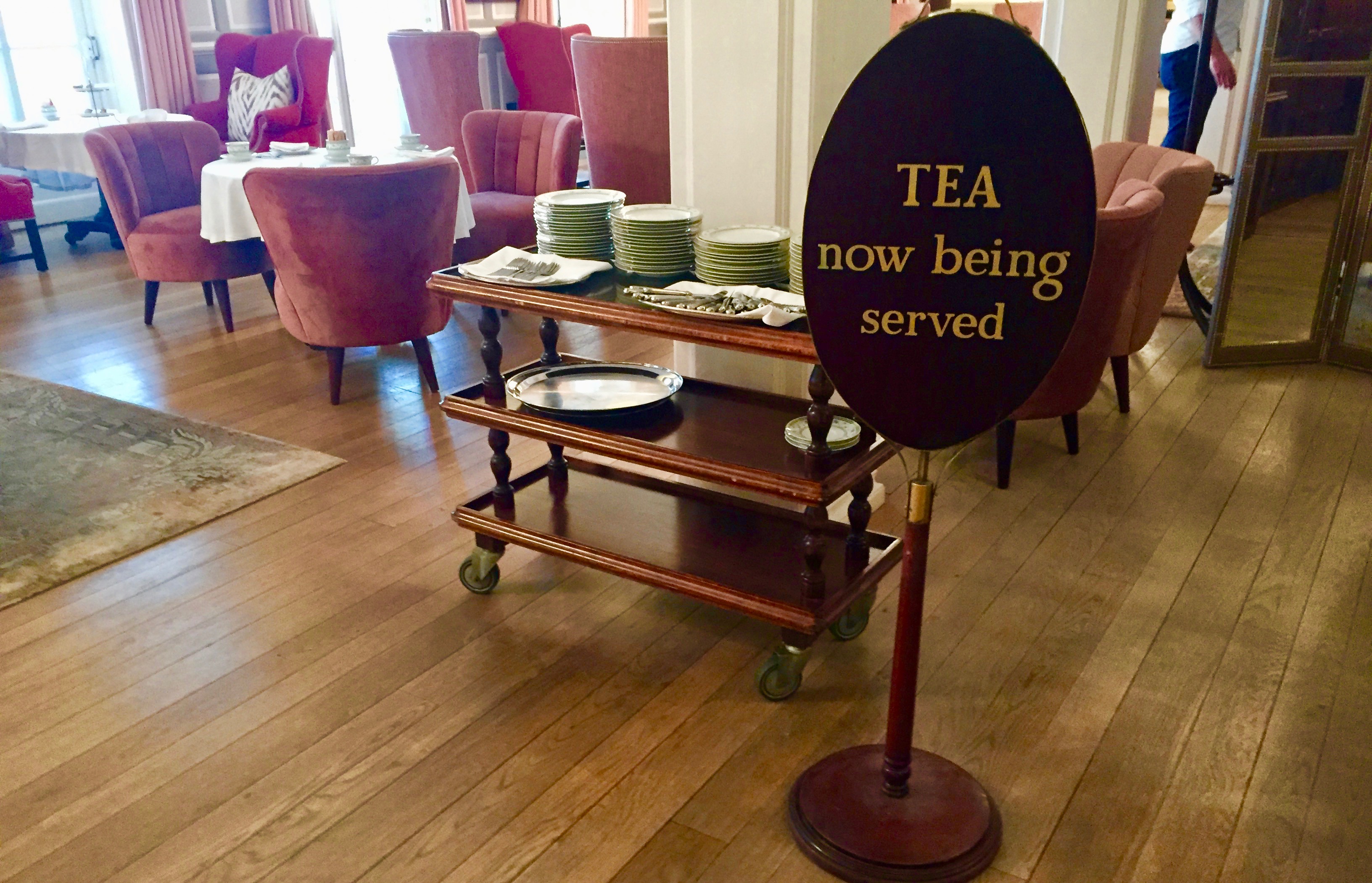 The afternoon tea habit and how we became obsessed with it

It is said that Anna, Duchess of Bedford popularised the eating of light finger food with the drink in 1841, calling it afternoon tea. She served tea at 3pm to fill the wait before dinner at 8pm. As well as tea served on the best china, Anna introduced dainty sandwiches and cakes. It quickly caught on as a way to meet socially in the home. Afternoon dresses were much more comfortable than formal evening clothes, so it was a more relaxed affair. There were still conventions to follow. Ladies wore gloves, the hostess poured the tea, but gentlemen, if present, passed the tea around.

Never keen to miss a trick, smart London hotels started serving afternoon tea from the 1850s and most have continued the practice to this day. There are many places to take afternoon tea in London, so choose carefully. I’ve written about places I’d recommend in this blog. (to follow)

How to enjoy your tea

An afternoon tea session should not be rushed – this isn’t fast food – so allow at least two hours. Tealeaves should be used – never bags – and the water must be boiling when it’s poured on the leaves. Steeping time depends on the tea. The china should be made of the finest bone – highly translucent and very strong, meaning it can be made thinly – first produced by Josiah Spode around 1790 in Stoke-on-Trent.

A dash of milk or a squeeze of fresh lemon may be added to the tea, which should always be sipped.

The food for afternoon tea

French patisserie is becoming increasingly popular, but I feel cakes that are too sweet detract from the flavour of the tea. Victoria sponge, Madeira cake, old-fashioned seed cake and rich fruitcake are all perfect accompaniments.

Clotted cream is special thick cream found only in Cornwall or Devon, in southwest England. The two counties argue about whether one should put the cream on the scone first or the preserve. In London, we do whichever we prefer. Scones are often served warm, tasting even better straight from the oven when freshly baked. This is not always practicable, so they may be gently warmed in the oven before serving. (Lesser establishments have the temerity to reheat in a microwave oven; in that eventuality, this writer walks out. Dusting them with icing sugar gets a similar reaction; it’s a horrid practice and so very wrong.) 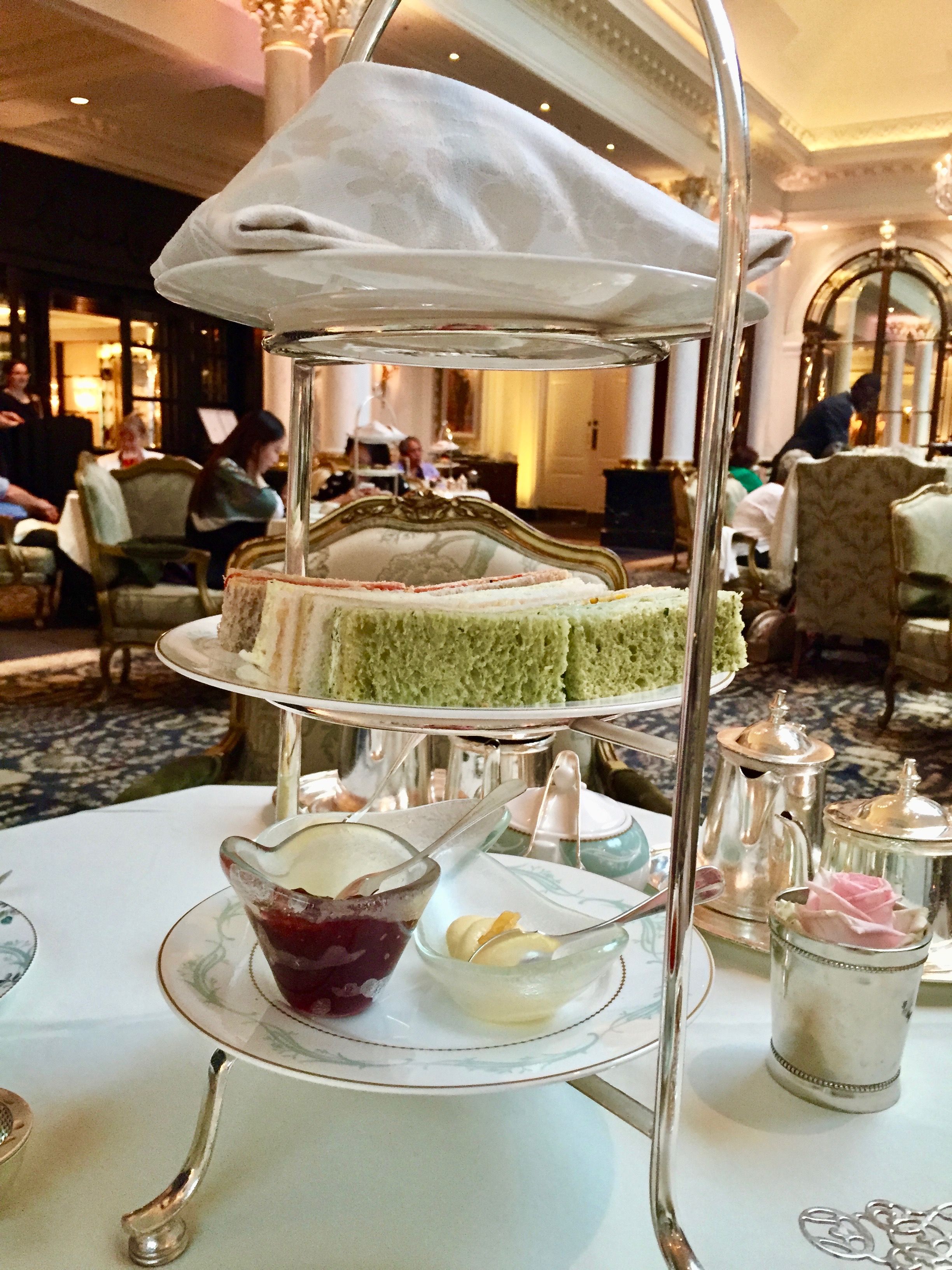 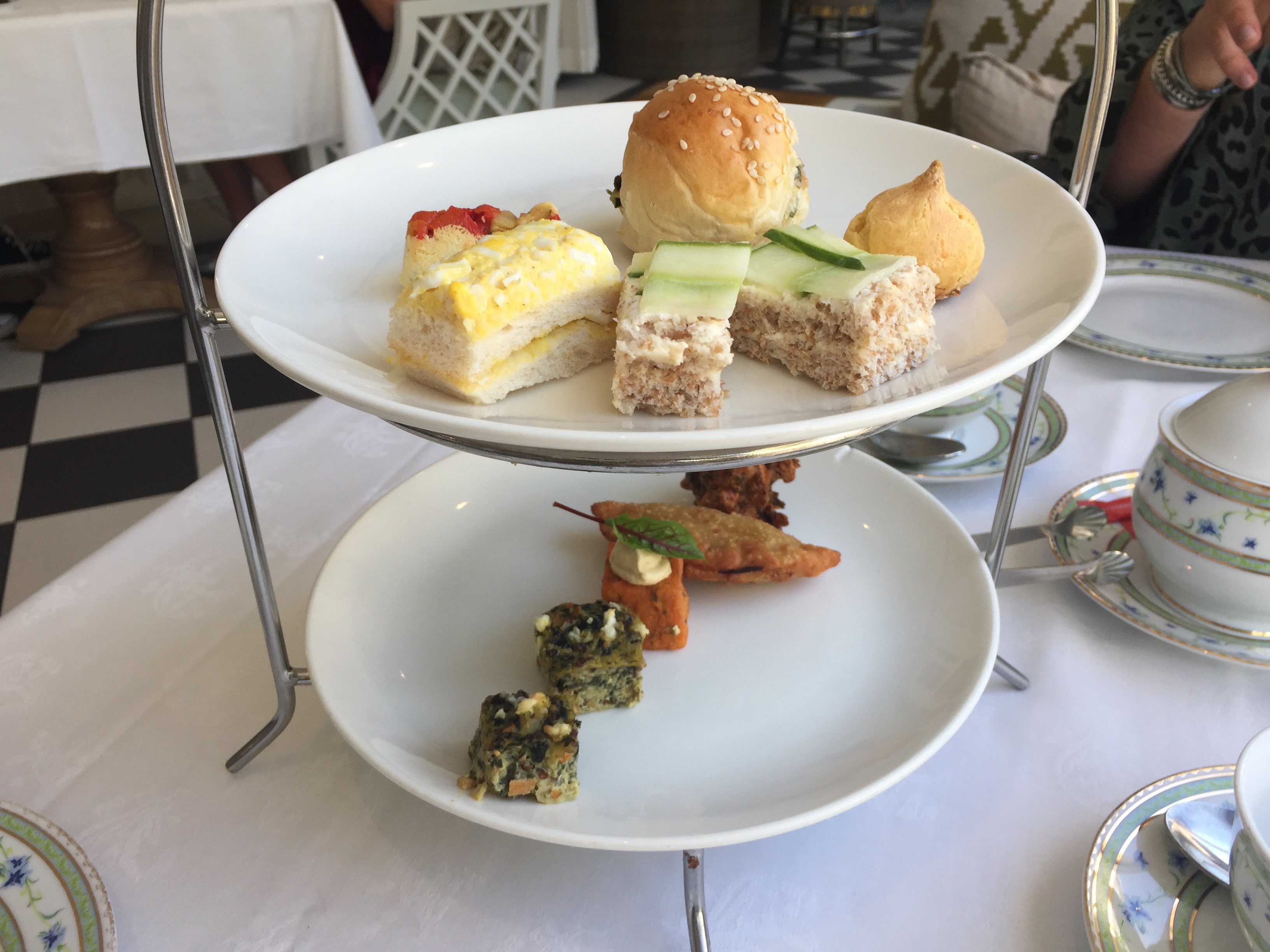 Are the British still tea drinkers in 2021?

Despite the rise of the coffee shop and the purchasing of home coffee makers, we are still a nation of tea drinkers. Nearly all the tea drunk at home is in teabag form but do treat yourself to leaf tea occasionally; it really is worth it. And do try an afternoon tea at a luxury London hotel, at least once.

Disclosure: I’ve had a few complimentary afternoon teas in the past, but I often treat myself nowadays.

All images copyright of Olivia Greenway and may not be used except by written permission prior.