A visit to Highgate Cemetery via Hampstead Heath 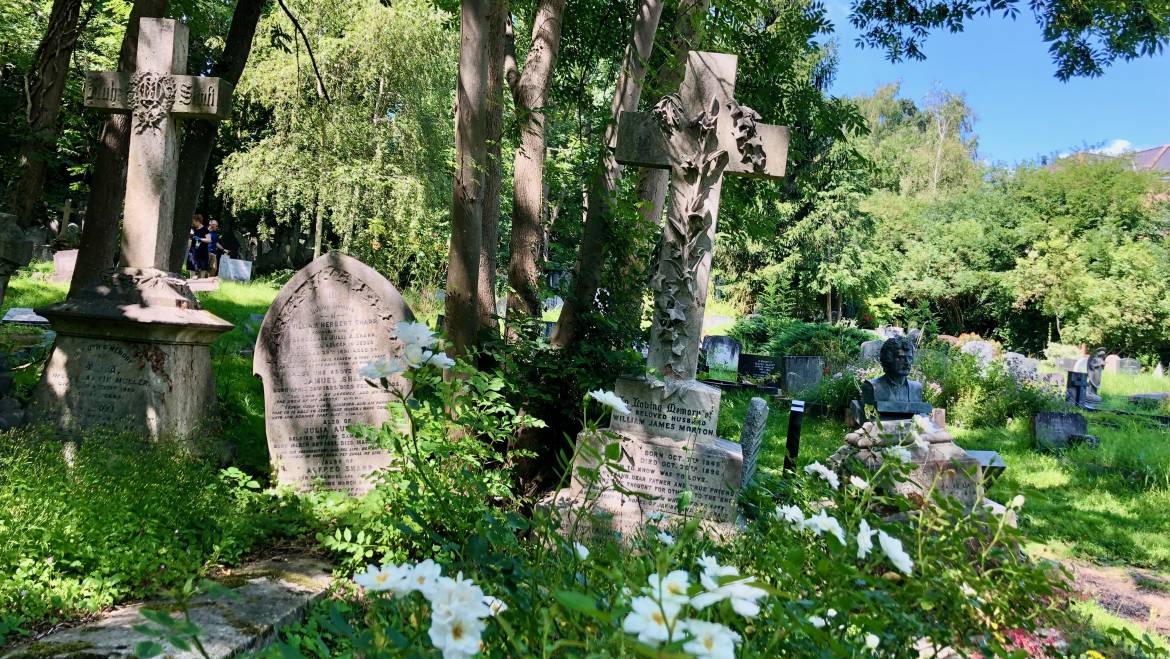 On the hottest day of the summer so far, we decided to go to visit Highgate Cemetery.

Getting to Highgate Cemetery 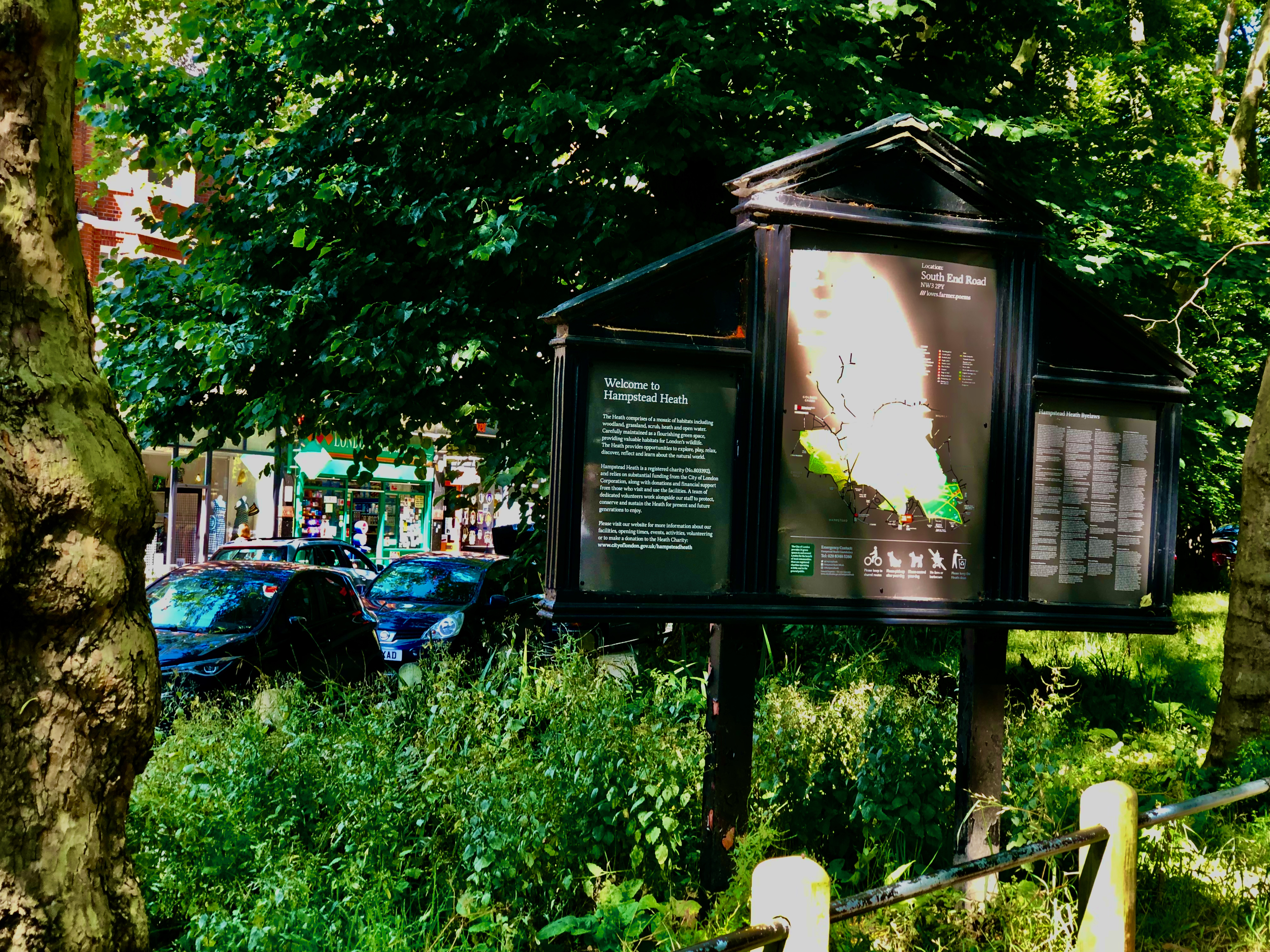 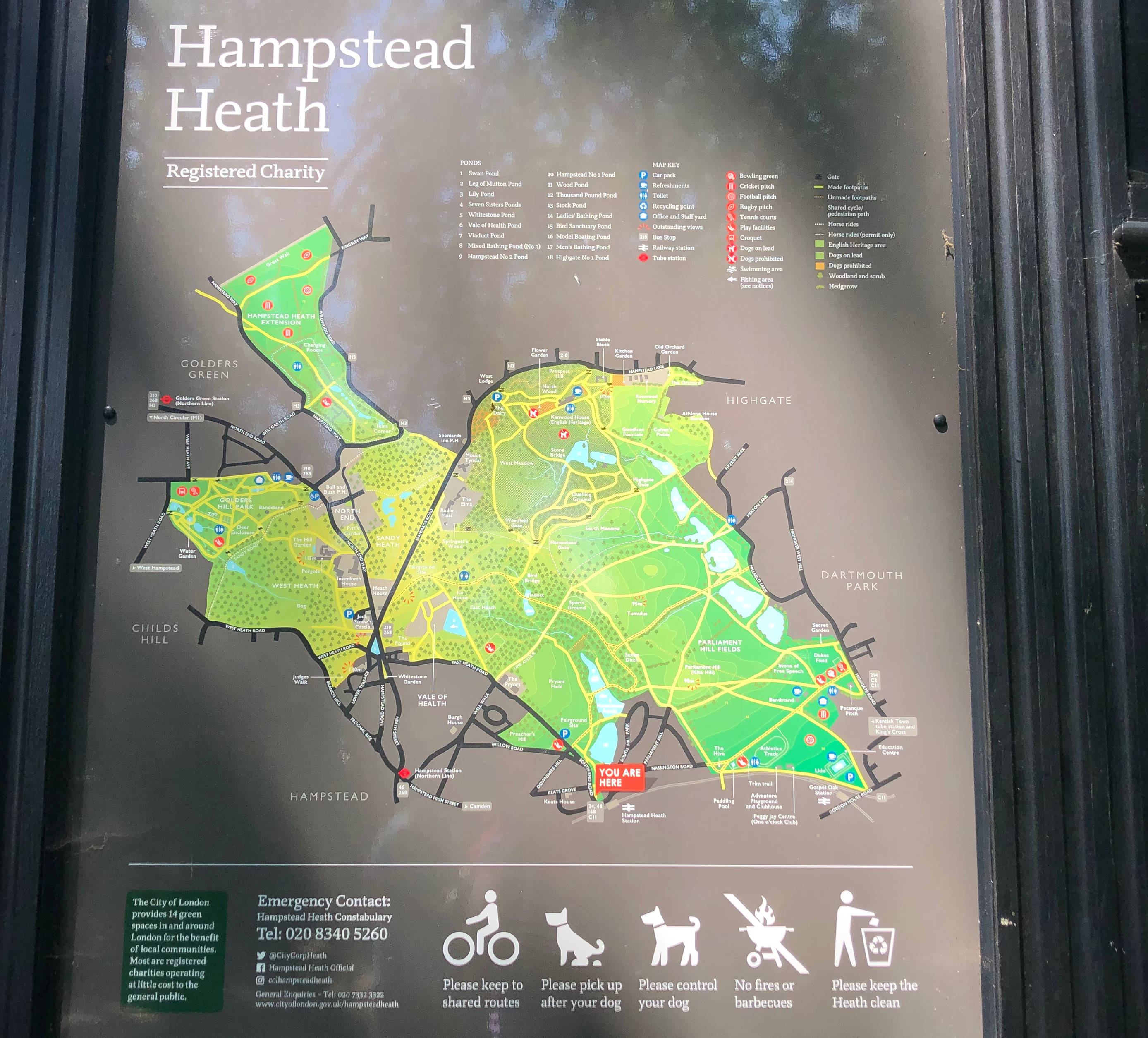 We caught the Overground train to Hampstead Heath – which is an attractive part of London, with coffee bars and small restaurants. Right outside the station is the entrance to Hampstead Heath itself, the pathway lined by established lime trees, affording welcome shade in the shimmering heat. Paths then separate out; we kept to the right over the pond. There are several bathing ponds here and you can fish too. 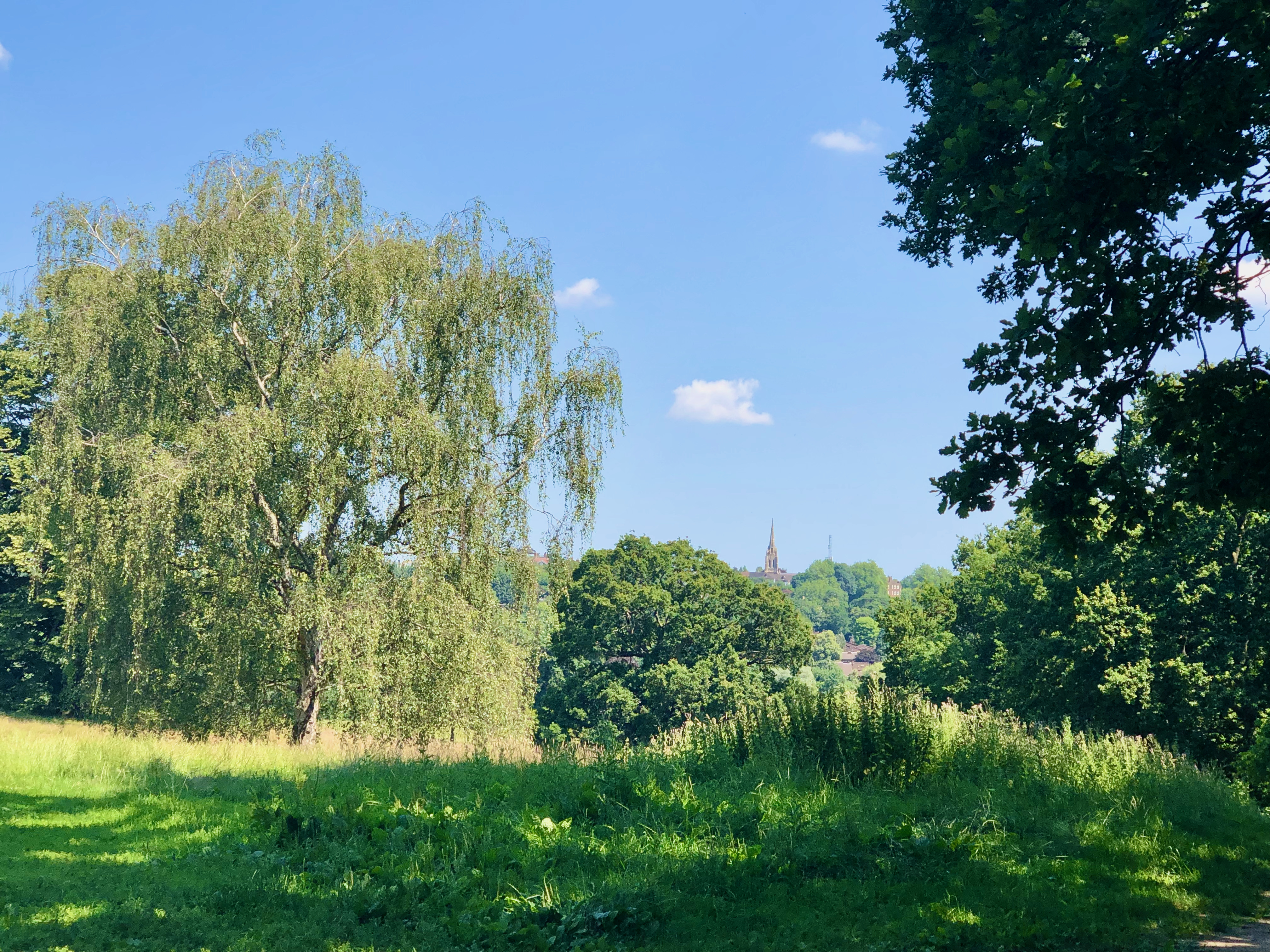 Our route to Highgate Cemetery was uphill from now on (the clue is in the name) and at one point, after we had left the Heath behind us, we did walk up Steep Hill which is probably steeper than the one in Lincoln which I had also walked up recently.

Fortunately, there is a bench halfway up and here we rested. As we checked the map, we realised a pub was only six minutes away, so we made a short diversion to The Flask. Never has a cold beer been so welcome. Shades of Ice Cold in Alex. (1958 war film starring John Mills. It should have been shot in Egypt but had to switch to Libya due to the Suez crisis.) Eventually, we arrived at Highgate Cemetery via Swains Lane. If we had walked here directly, it would have taken us about half an hour. There are two: East and West. The West is slightly older, but we plumped for the East as this has Karl Marks and some other graves we wanted to see. The entry fee was £4.50. There are 170,000 graves over the two cemeteries. 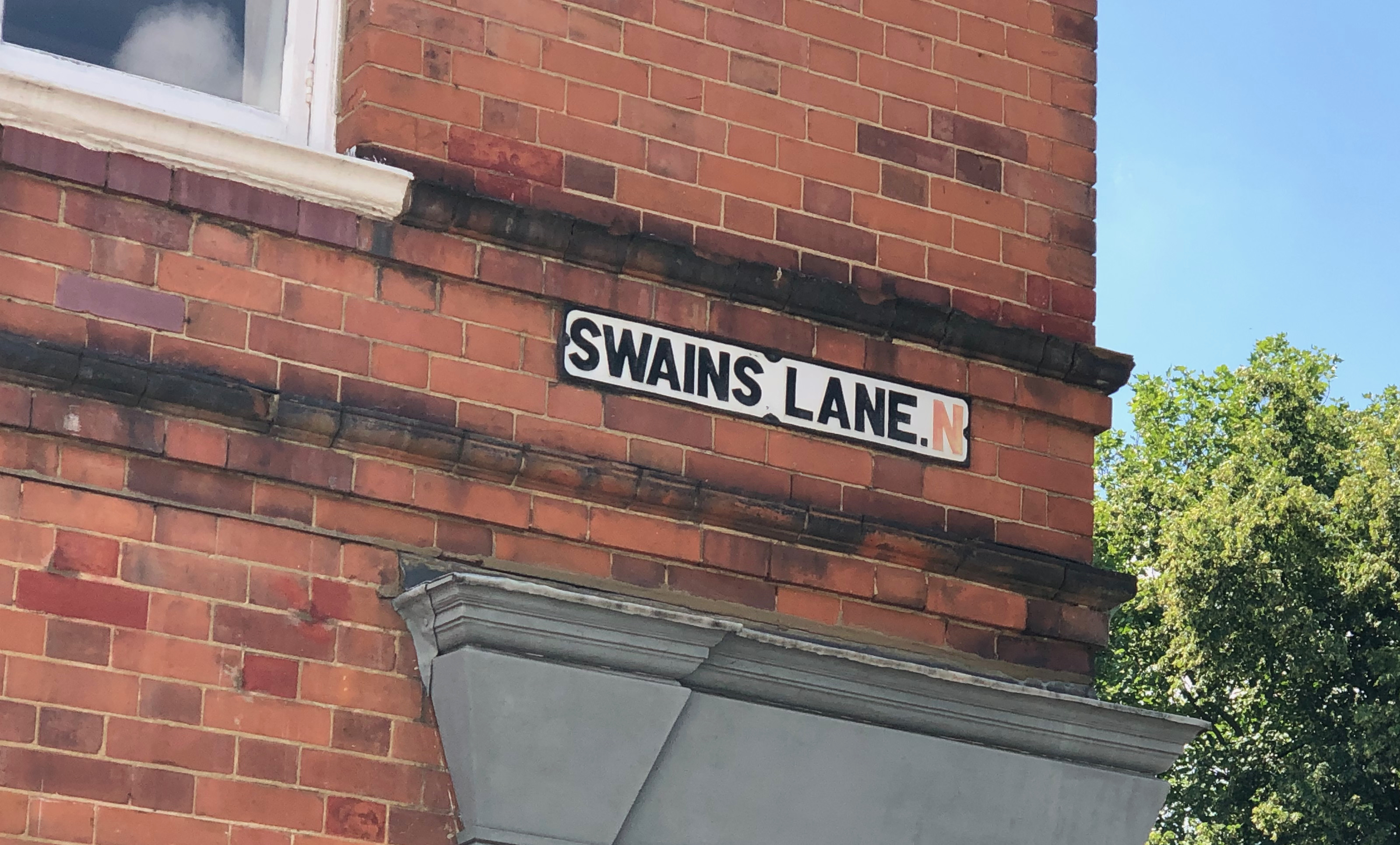 Some areas and graves towards the rear away from the main paths are neglected and overgrown with ivy, but those close to the paths are well-tended. You are given a map showing where the graves are. We made our way to Karl Marks and then just wandered around. 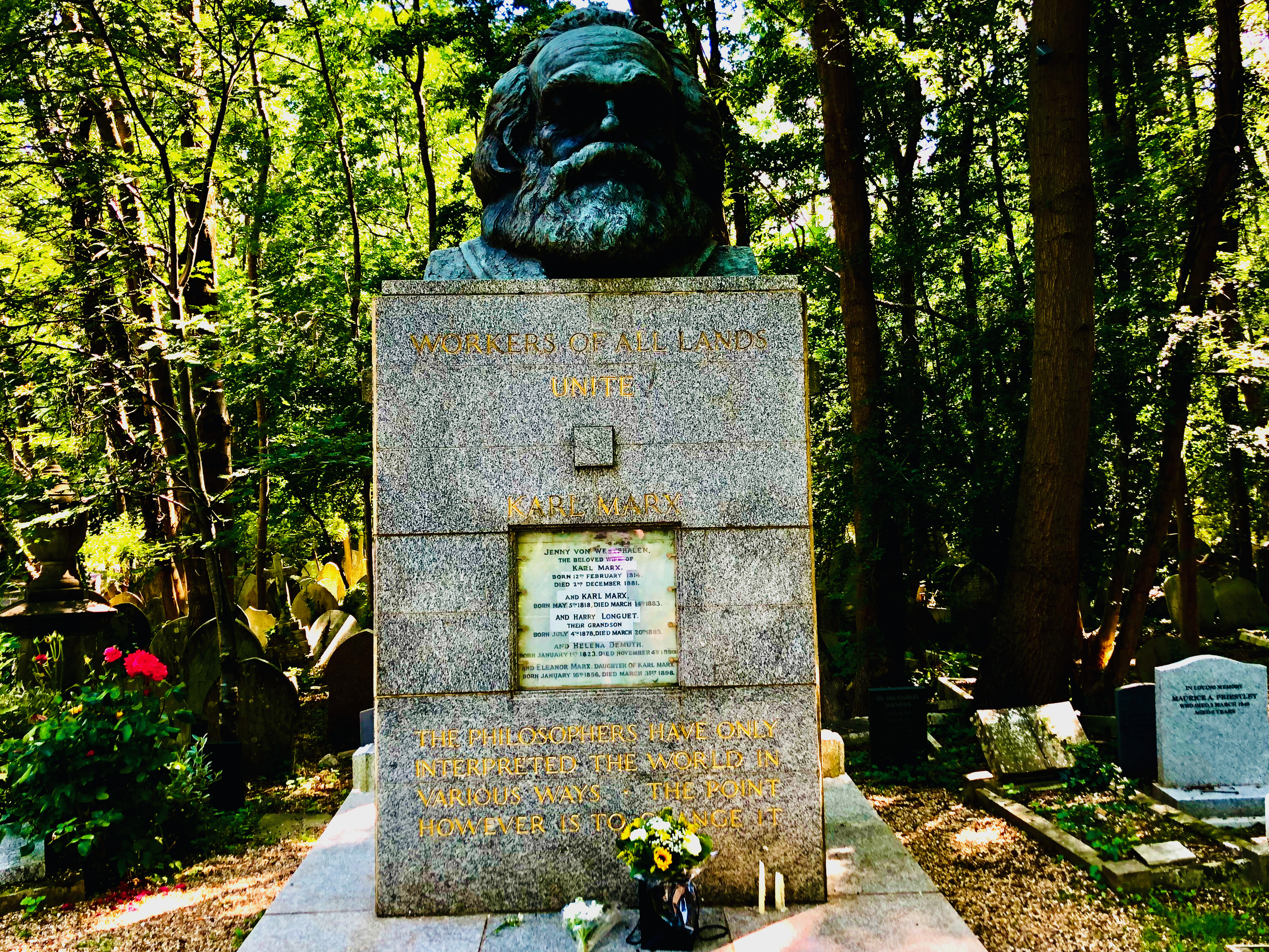 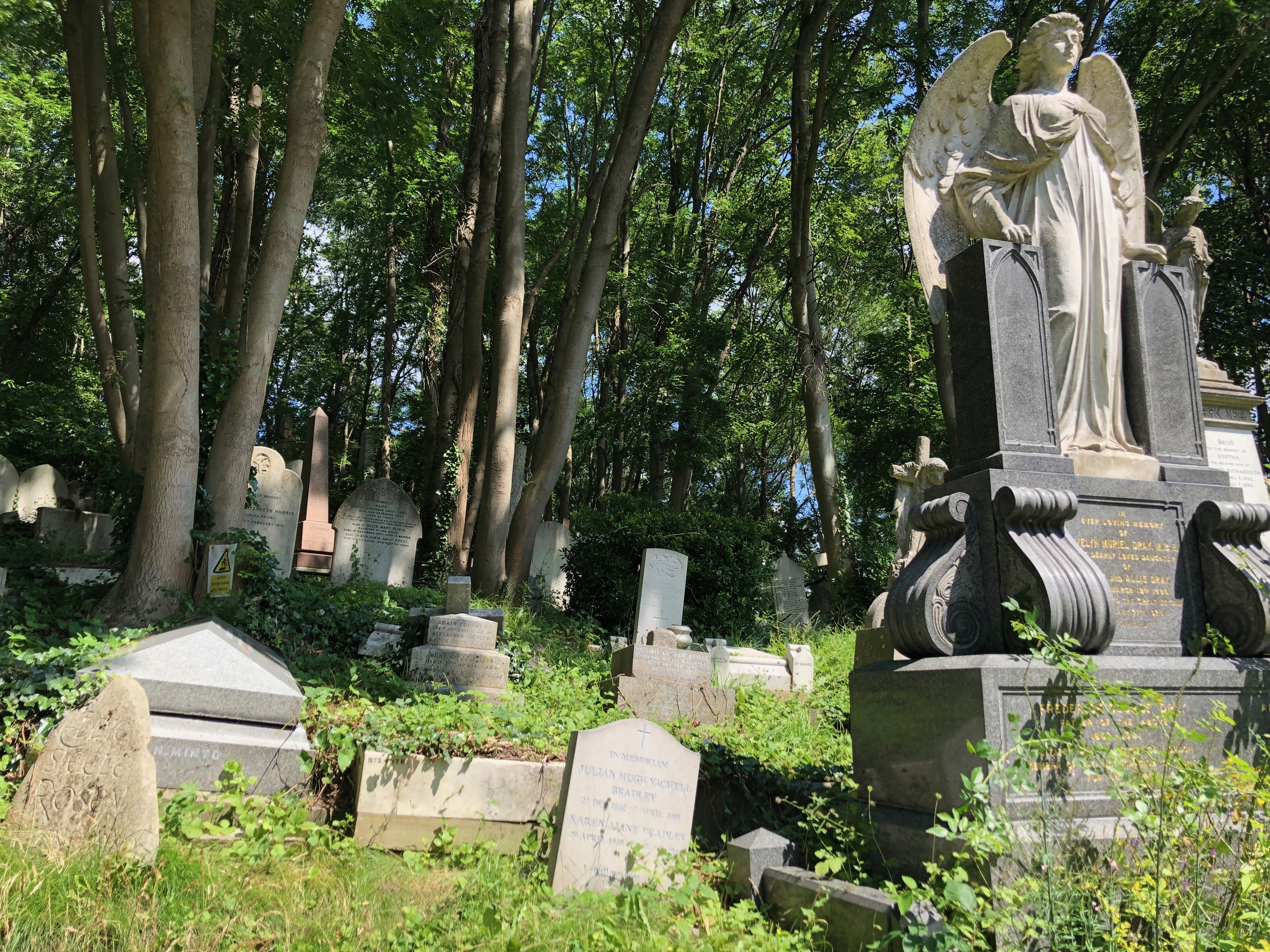 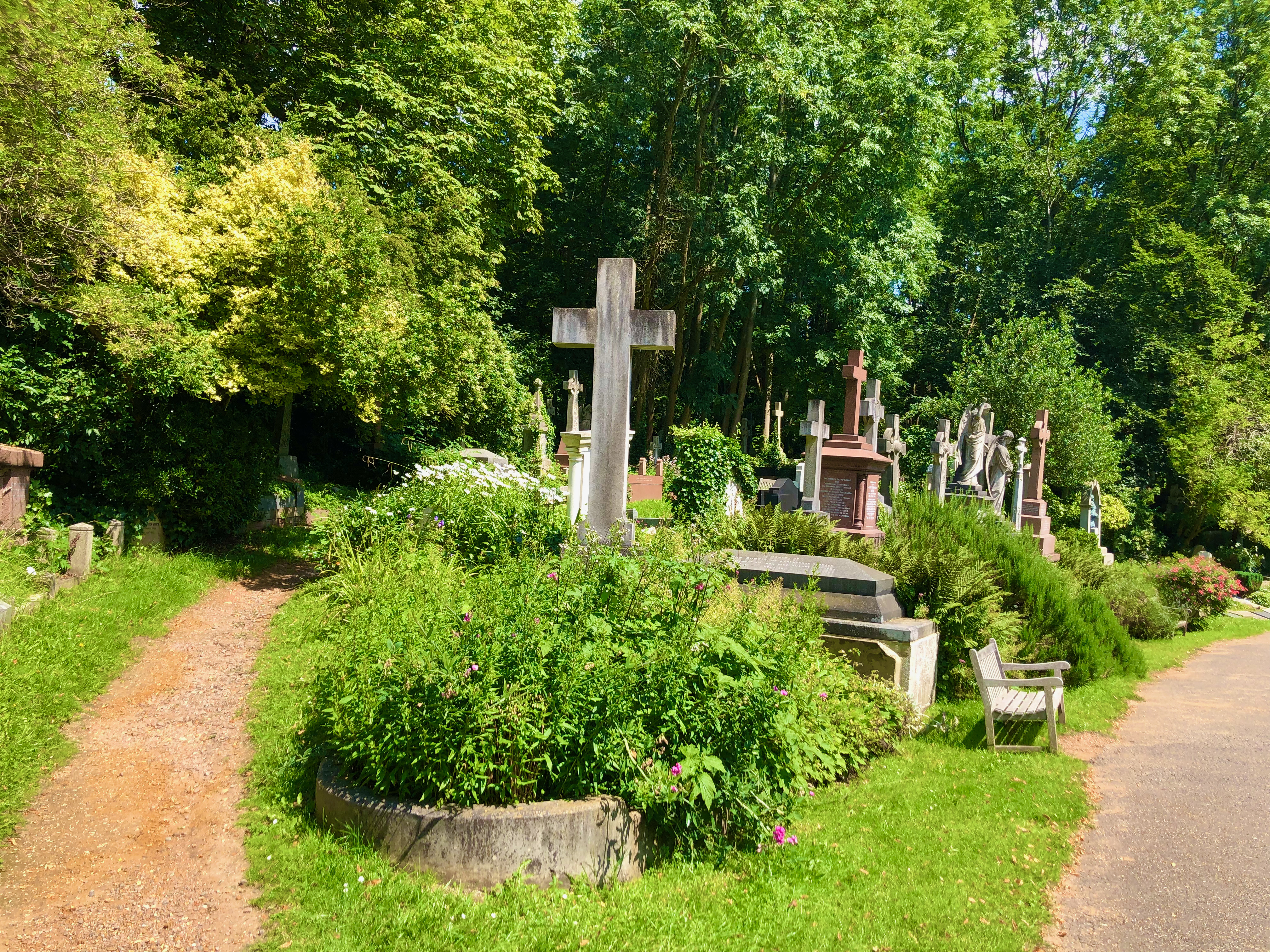 We found Malcolm McLaren’s grave. I used to go to his shop in the Kings Road (but didn’t buy anything; it was just a cool place to be) and years later I viewed a one-bedroom flat near Goodge Street that belonged to him.

A baby grand piano to mark the pianist Harry Thornton’s grave who died in 1918.

An architect who just had ‘Dead’ on his. Humour after death.

Also, a carefully tended grave of a boy who died aged 16. I can’t imagine what that’s like. 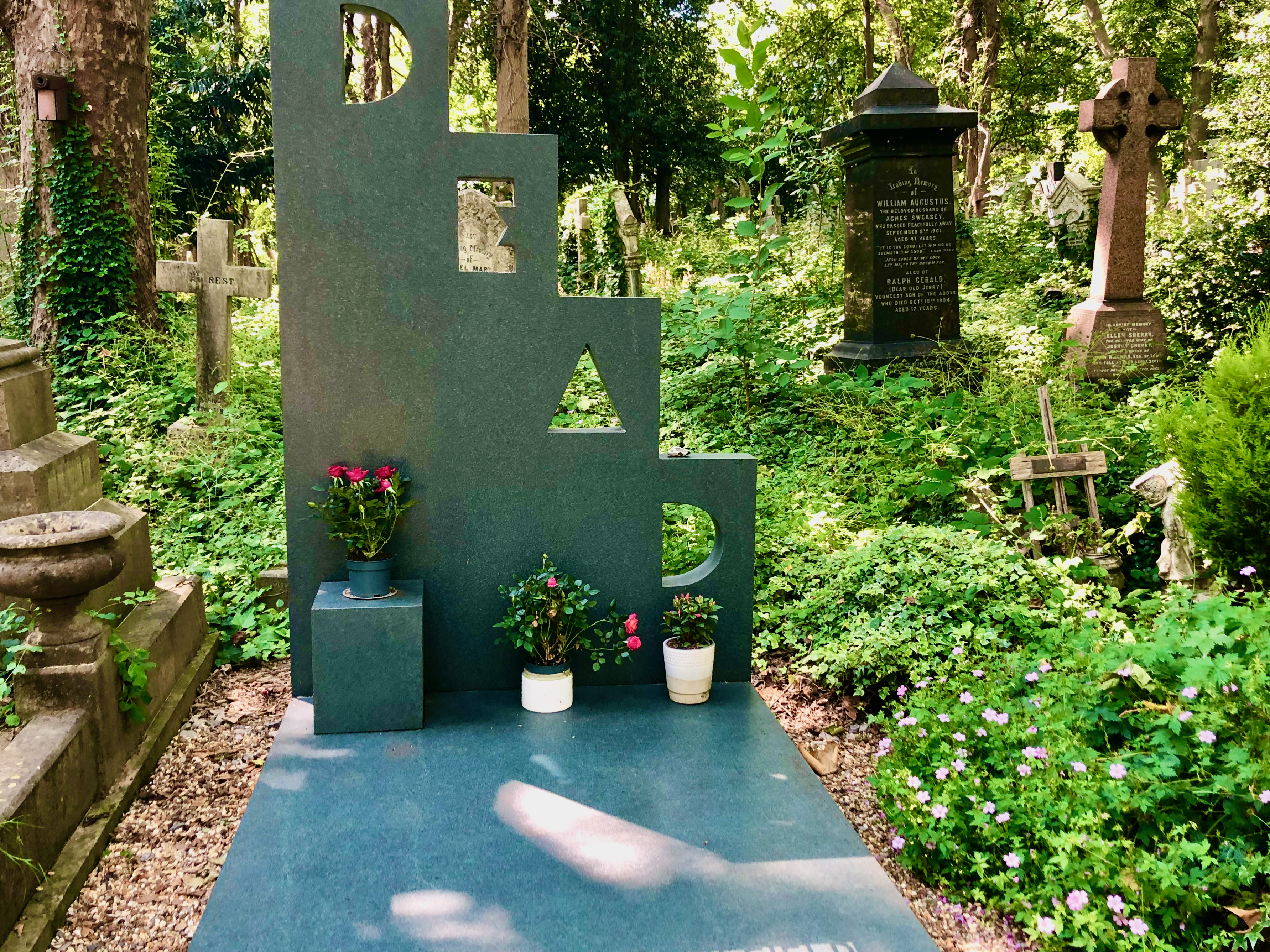 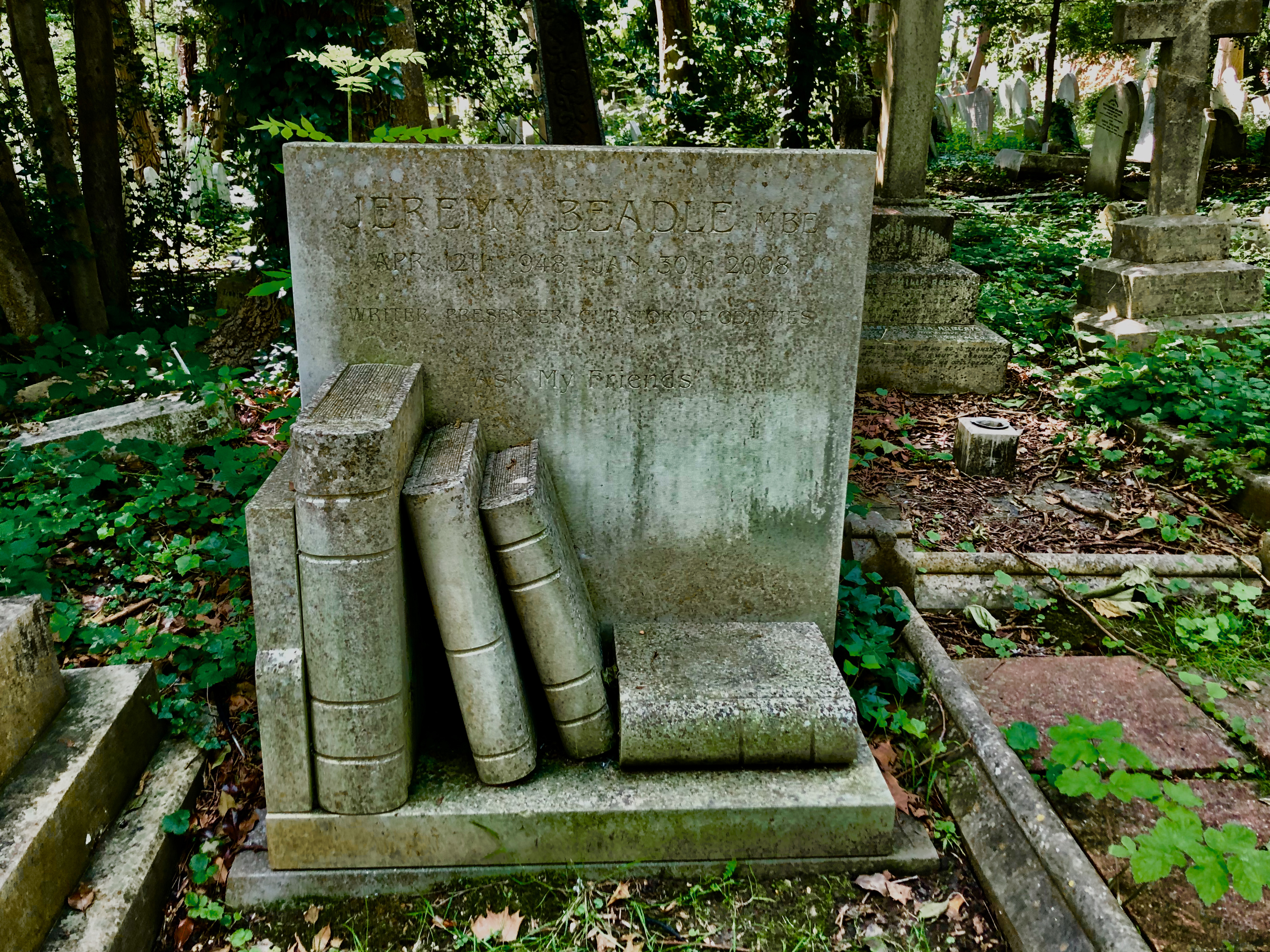 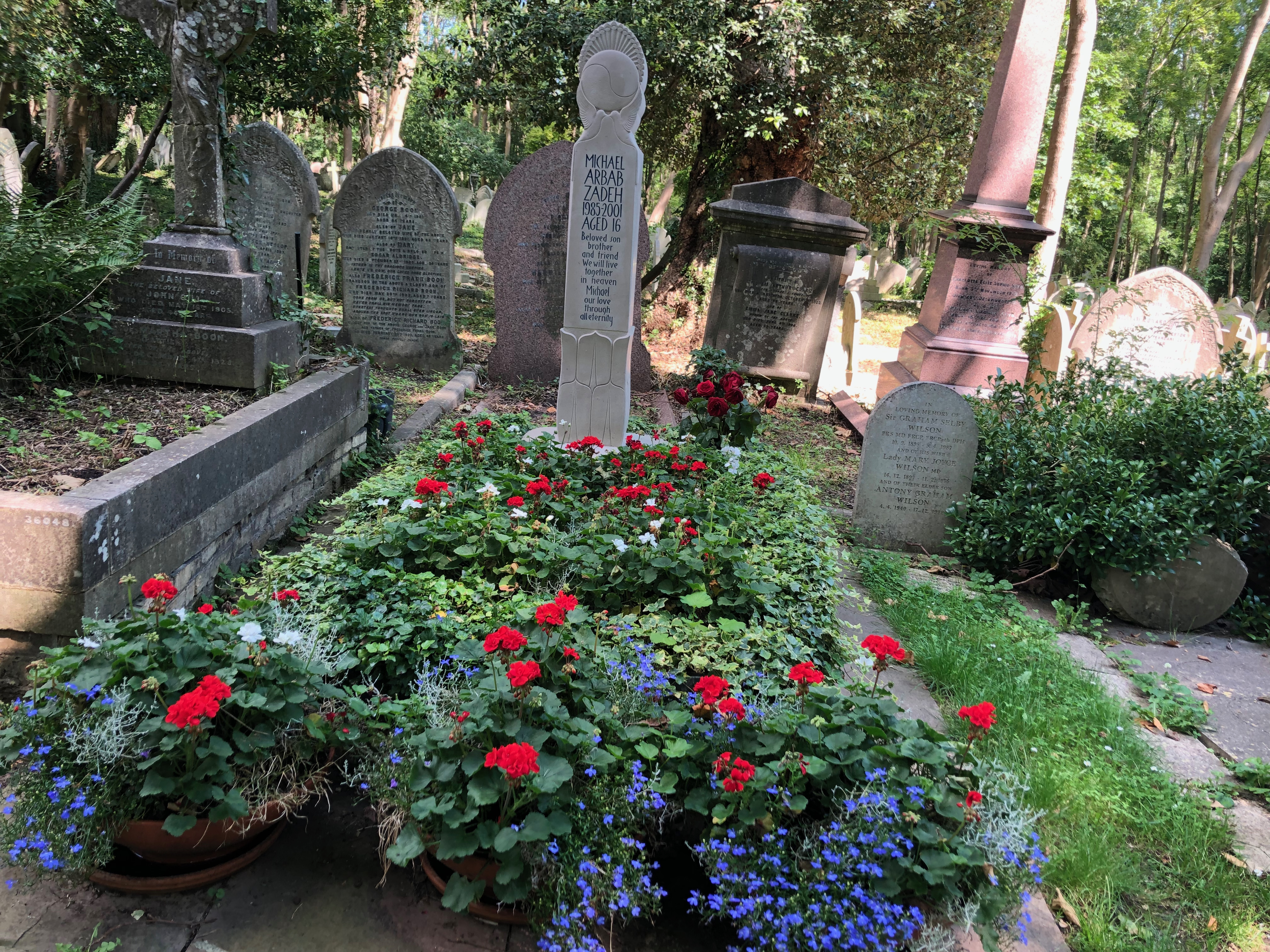 I found it surprisingly life-affirming to be in the cemetery as it brought home to me the fact that I’m lucky to be alive.

Near the exit is a bus stop and we caught the C11 back to Hampstead Heath. From here, we retraced our steps back home. No images or text may be used for any reason without written permission. All images copyright of Olivia Greenway. A self-funded trip.

Have you been? What did you think? Let me know in the comments.