A trip through Chandni Chowk and Khari Baoli in Delhi 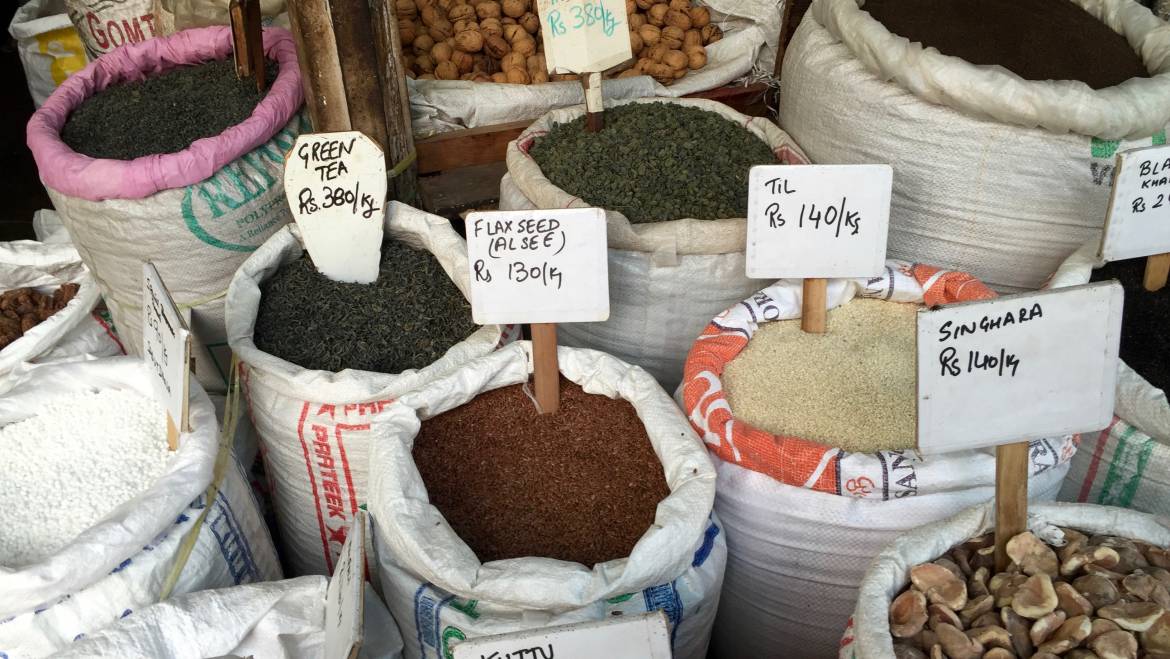 What is Chandni Chowk?

Chandni Chowk means ‘moonlit square’ but there is nothing romantic about this place. It’s a popular street market in Delhi. Our aim was to get to the spice market bit – Khari  Baoli: the largest in Asia.  It’s a mission not for the faint-hearted.

Accompanied by Manisha Bhasin, executive chef of ITC Maurya, however, I felt I was in good hands. She braves the crowds regularly to get the best produce for her kitchens. 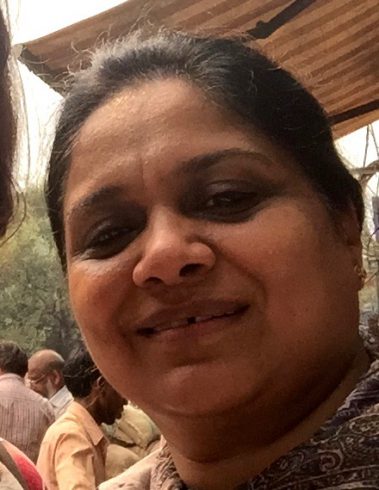 How we got there

We took the air-conditioned, chauffeur-driven hotel option until just outside the market, then swapped to the more practical bicycle autorick. If you’ve never seen crowds before, this is a real eye-opener. 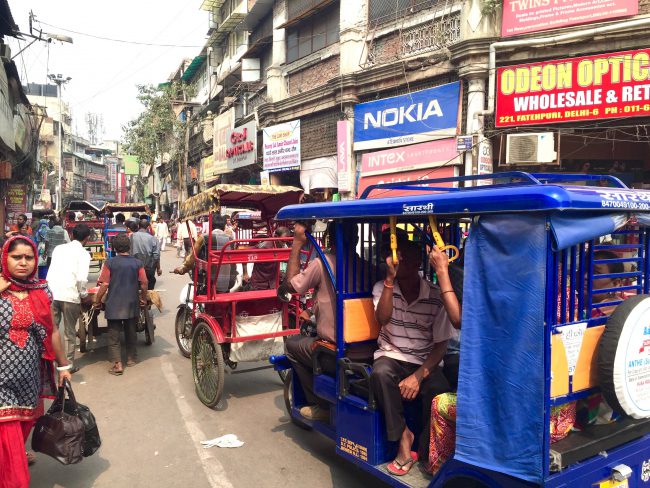 Everyone in the world seemed to be descending on the spice market, on foot and on bicycle like us; and a ever-ending trail of shoppers loaded with their spices seemed to be leaving, travelling in the opposite direction.

The road was packed and progress was slow. It was boiling hot and uncomfortable. I was after a story; but how can normal people put up with this? But put up with it they did. Eventually, we reached a crossroads and Manisha told me to disembark.

What I saw could only be described as organised chaos. Huge sacks of produce piled onto a barrow and usually being pushed by a skinny, sweating single man. Streets fronted by narrow shops, open to the elements, all selling their spices, usually by weight. Street dogs lying asleep in the sun, everyone walking around them. 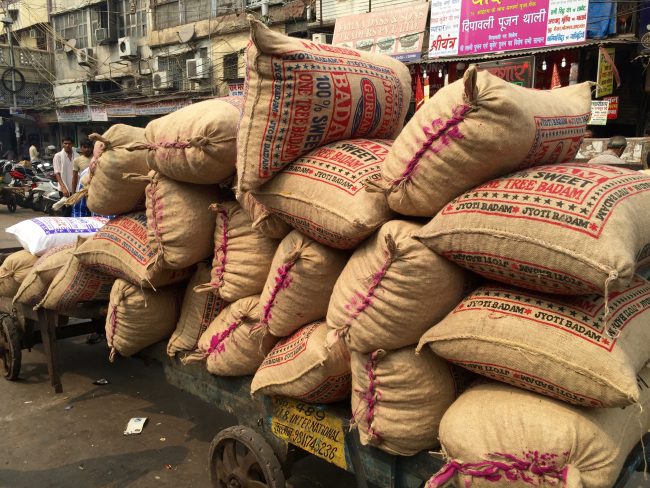 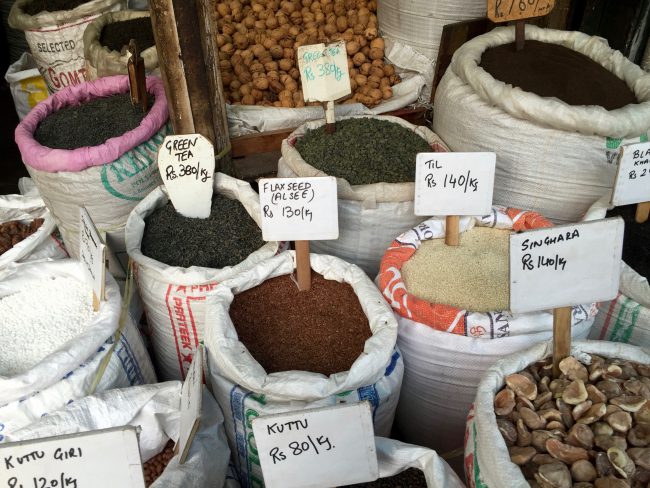 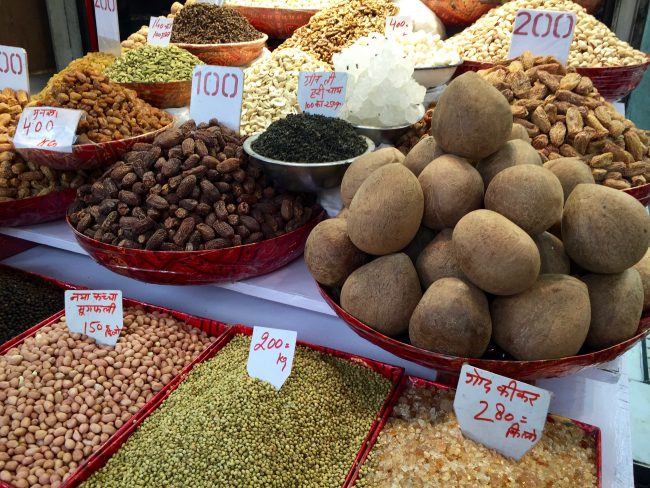 Manisha showed me all the spices on sale. She said people come here because the produce is the best you can get. The quality in even the best shops in Delhi is never as good as the market. And some items, you just can’t get in the shops.

Where there was a square yard of ‘unofficial’ space, people had set out their wares. I saw an ever-popular marigold seller and various fruit hawkers. 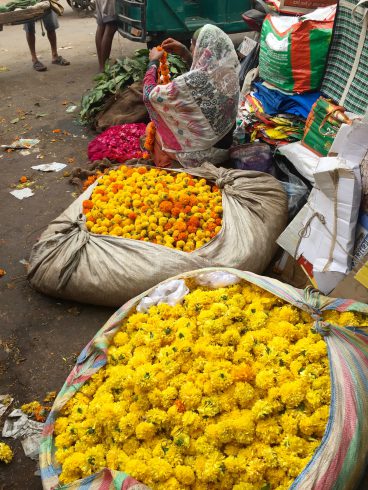 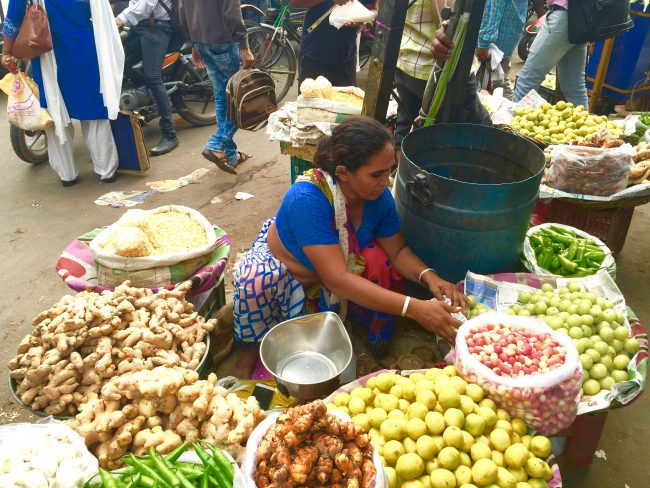 We eventually stopped at a food stall and sat down for a welcome rest. The samosa and paneer pastry were among the best I’ve ever tasted. At around £1.50 for two people, it’s probably the cheapest too. 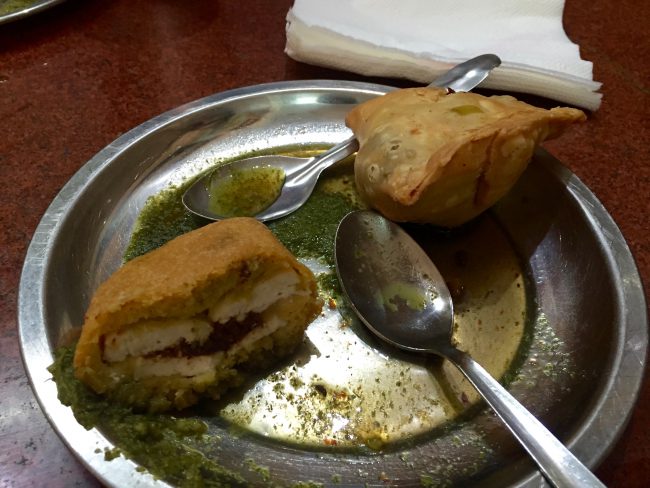 After an hour of being jostled and walking in the airless heat of Khari Baoli I was pooped, so we got a ride back to the hotel car.

Months later, I’m still using my spices and every time I cook with them, I’m reminded of that trip to Chandni Chowk. And I know Manisha will be telling me to go to the market soon to get some fresh spice…

Top tips if you decide to go to Khari Baoli