‘A guided walk around Dickens’ and Shakespeare’s London’ read the blurb online.

I’ve known about these London walks for years – you turn up, pay your money and off you go. But are they any good?

One Sunday, I decided to find out. It was cold and raining, but this is London in February, so one shrugs one’s shoulders, huddles under the umbrella and gets on with it.

Who is our guide?

Our guide was an American – David – from www.walks.com who is obviously fascinated by both writers. He was enthusiastic and interesting, pitching his frequent little talks at each stop just right – not too basic, not too demanding and for not too long. 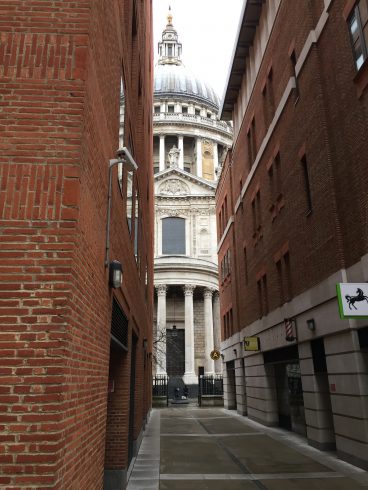 Where did we meet?

We met at St Paul’s tube station at 2pm. There are several coffee shops nearby if you are early. In all, there were 21 of us that day. I think 15 would have been perfect; but I’m sure David wants as many as possible.

The two-hour tour costs a bargain £10; reductions for seniors and children. 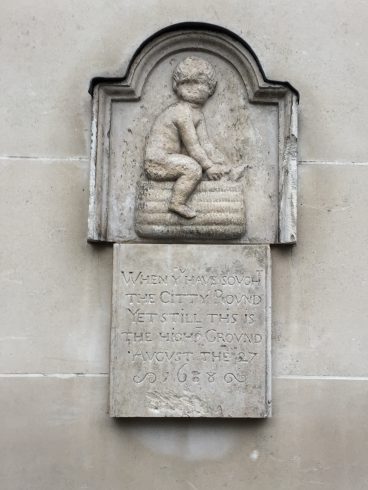 Our first stop was just outside Café Nero in Panyer Alley. Here in the wall is the panyer boy relief dating from 1688. The boy is sitting on a panyer (basket) trying to remove a thorn. Hundreds of these boys would be used for fetching and carrying in the 17th century, for very small wages. 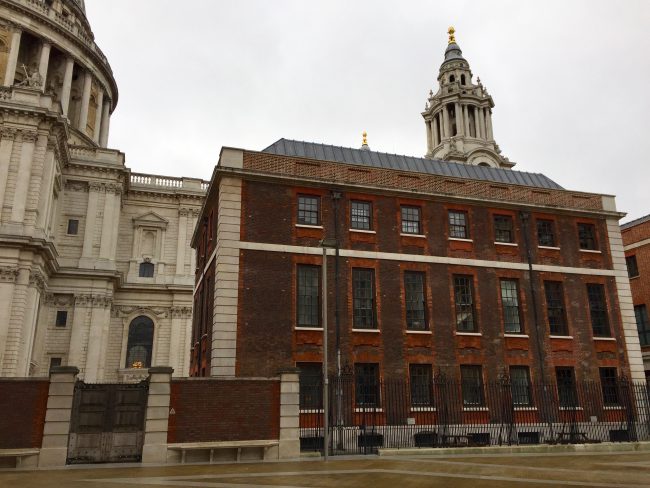 As we pass narrow passageways with glimpses of St Paul’s, it’s interesting to note the development in Paternoster Square.

Amazingly, the cathedral was spared but the area around it was flattened during the Blitz.

Various building schemes were devised in the years that followed; in the early 2000s, the square was finally redeveloped, carefully replicating Wren’s style, to the satisfaction of most people. 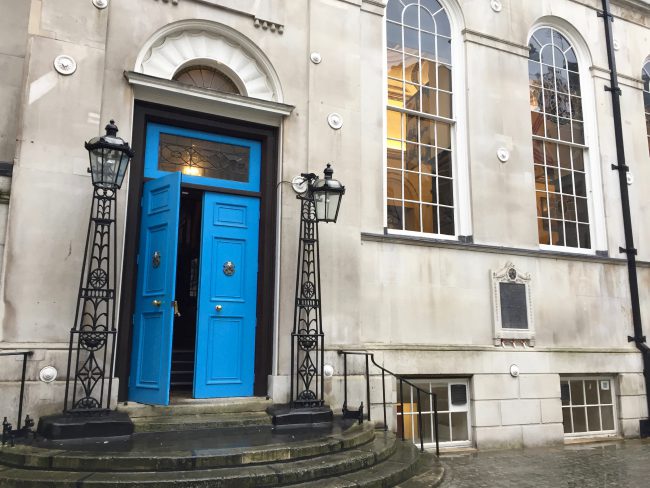 Stationer’s Hall is a magnificent building, dating from the 1670s and owned by the Stationer’s Company, itself established in 1403. Still in use today, it’s a livery company for the communication and content industries, formerly it would have been involved in handwritten and printed books, pamphlets and newspapers. 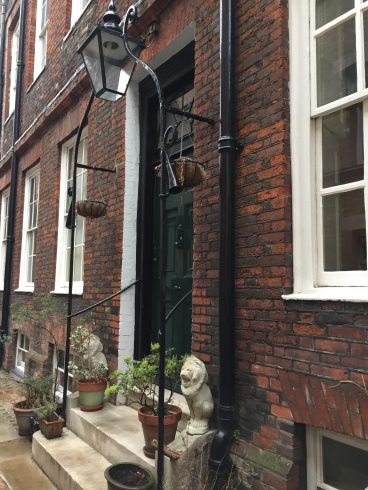 David pointed out light dampeners in a doorway, along with bootscrapers. Gas and electricity were not available until the 19th century and side roads were not cobbled until then either. 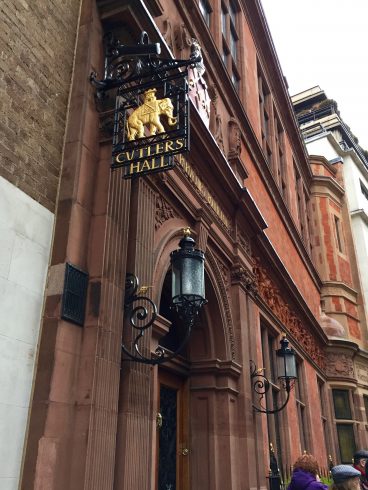 We passed Cutler’s Hall with its distinctive elephant emblem. Elephant tusks were used to sharpen knives in pre-industrial times. 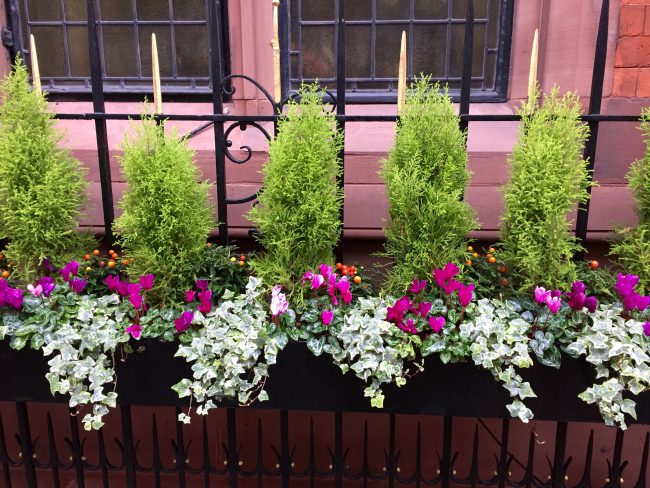 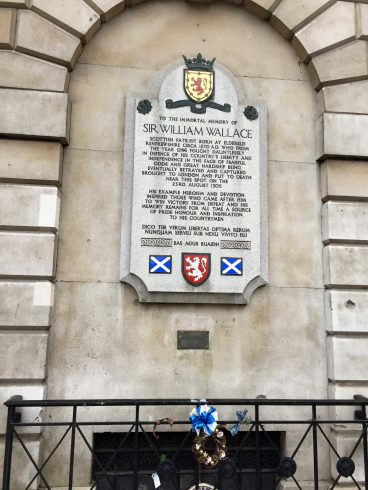 Near St Bartholomew’s hospital is the place where William Wallace was put to death in 1305. 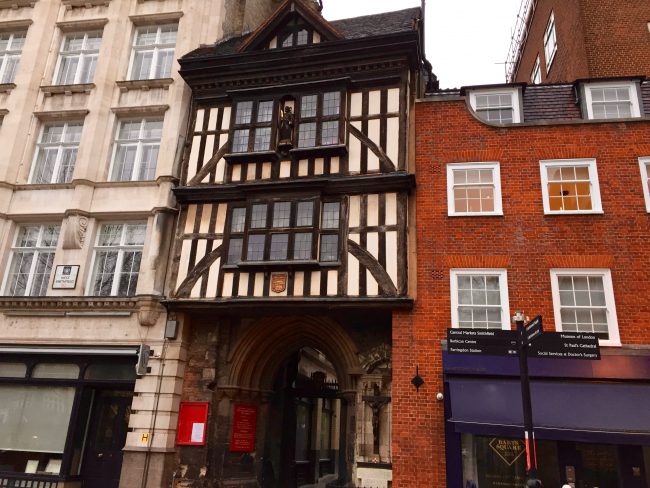 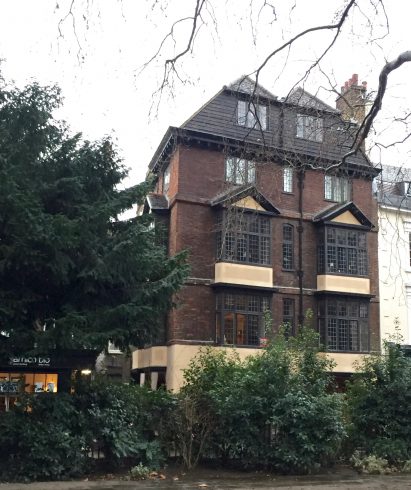 Also near here is one of the oldest surviving Tudor buildings in London, not destroyed by the Great Fire – St Bartholomew’s gatehouse. Of similar age is the entranceway near St Bartholomew’s Church.

And finally, some claim this is the oldest Tudor building in London, in Cloth Fair, built around 1597 or a few years afterwards.

Despite the rain, it was a fascinating two hours. I haven’t covered everything David mentioned; to get more insight, you’ll have to go along yourself.

I paid for the walk myself. All views as usual my own. All photos by me.  No use without written permission.