Chichen Itza – the best way to visit from Cancun, Mexico

HomeUncategorizedChichen Itza – the best way to visit from... 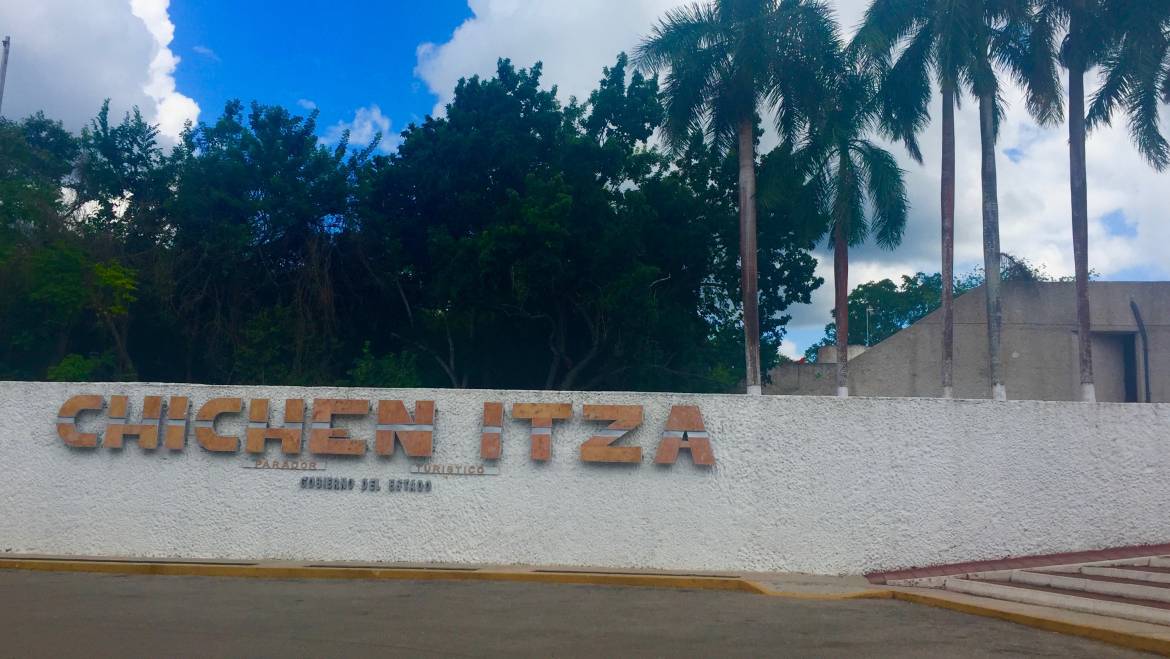 What is Chichen Itza?

Chichen Itza in the Yucatan Peninsular in Mexico is an old Mayan burial site.  It is one of the seven wonders of the world and a UNESCO world heritage site – and only three hours from the holiday resort of Cancun. Your hotel may well offer a coach trip – $50 per head, a 7am start and a 7pm return. That’s a very long day. 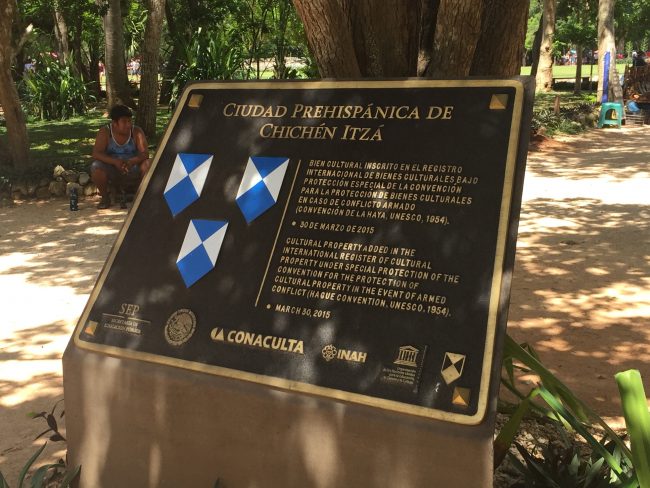 This old Mayan ruined city is well worth a visit, but I suggest you hire a car as we did and have the day to yourself. We used Avis, opposite our hotel, but there are others. It cost us less than £50 and we organised our day trip the day before our departure, so we could use the car to get to the airport the following morning (and leave it there).

Going there, we took the slow road and drove through a few villages, which was interesting. People here are poor.  We saw skinny dogs and plenty of bicycles; listless people in groups under the shade of trees, escaping the heat. There were a few souvenir shops en route, but to be honest, it was mainly tat, unless you want a life-size flamingo with eyelashes or day-glo shawls. 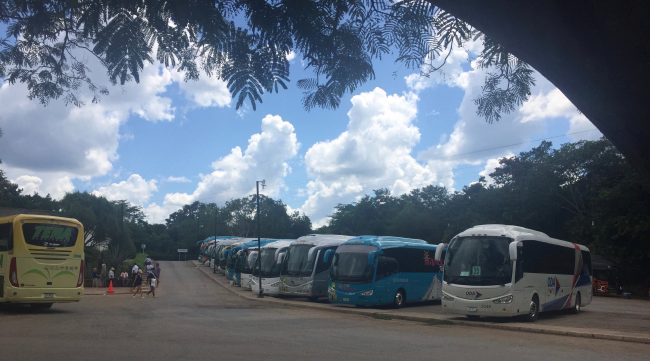 Parking at the site is easy – there’s a separate car park for cars – and included in your ticket price. Entry and parking was around £15. 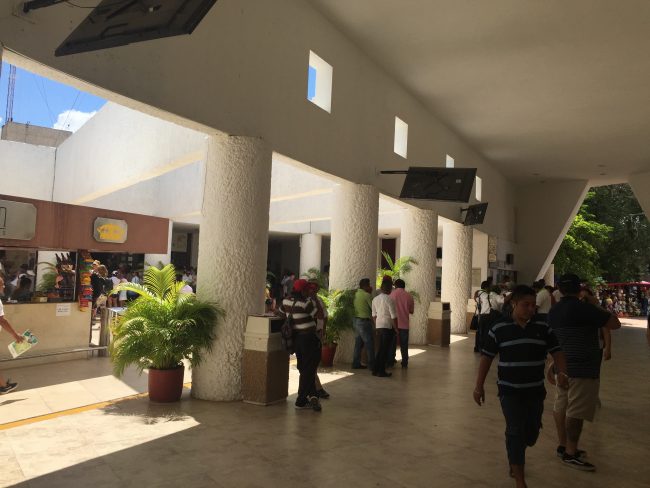 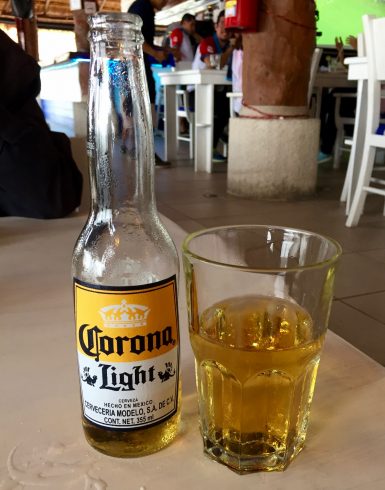 Grab a beer but the cafe is disappointing

The only thing to quench my thirst on a very hot day is an ice-cold beer.

We had to queue for a very short time to get in and then decided to have a bite to eat at the café. It was typical overpriced, underwhelming fast food – not recommended unless you are desperate, but the beer was nice. 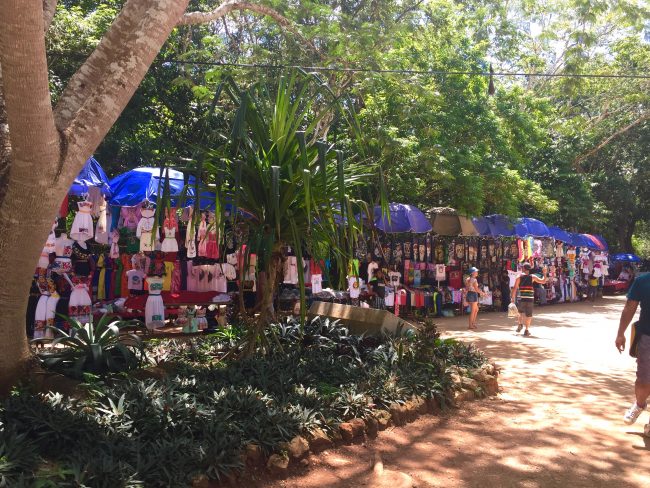 The site is quite large and flat; around two square miles – and it was artificially levelled by the clever Mayans.  Quietly melting under the shade of a few trees are the souvenir sellers. The wares are mostly poor quality but we bought a few things, including a fridge magnet, made in China, naturally. It was too hot to barter and anyway, I felt a bit sorry for them.

At Chichen Itza, the large monuments were used for human sacrifice. People were either beheaded and their heads rolled down the slopes, or they had their heart removed, still pumping. All very gruesome, to 21st-century sensibilities. 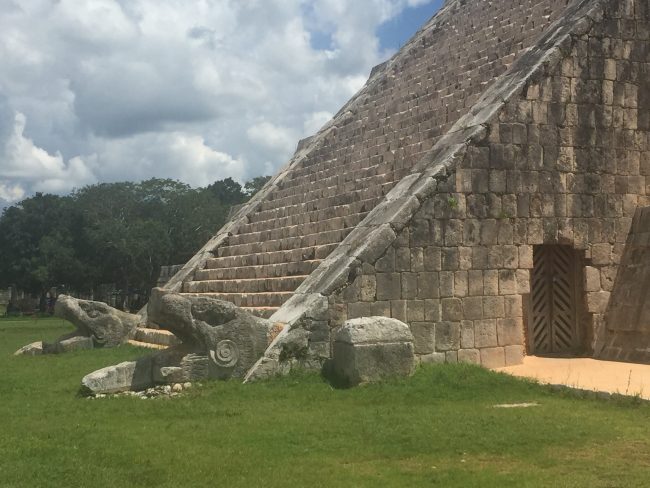 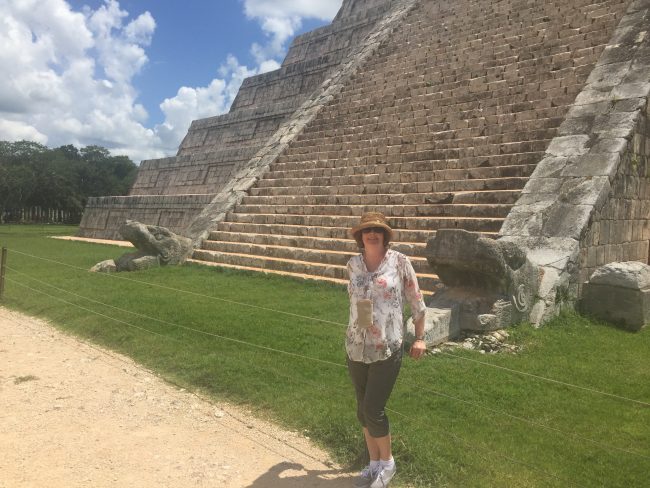 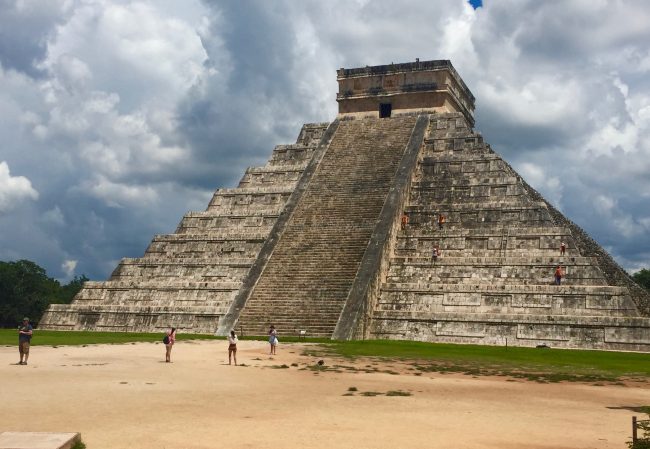 Coming back, we took the motorway. It was deserted. I suppose £10 is a lot to a Mexican, which is what the toll cost. If you are keeping your hire car to get to the airport the next day, you might have time to get to a supermarket in one of the malls in Cancun. Here, I bought some skulls, for about a quarter to a third of the price in the hotel and at the street markets.

As a day trip from Cancun, Chichen Itza was well worth it.